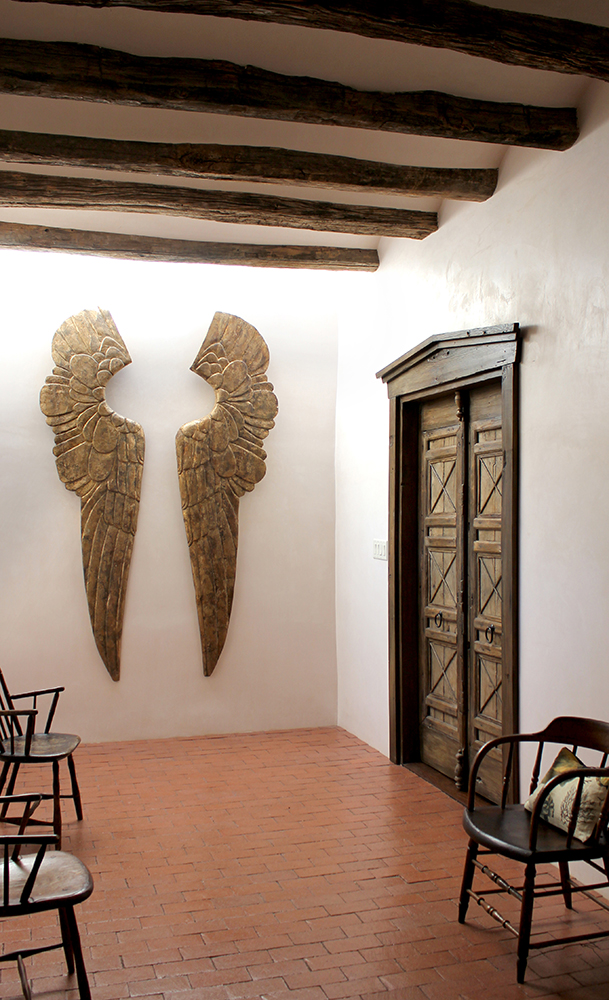 Antique doors with an overlay design were used to create this bedroom entry with peaked surround. The door was lengthened with panels of salvaged lumber. The original carved astragal runs down the front of the door, with the addition of finials at either end that are from antique dowry chests. Some of the overlay X designs were missing, so they were recreated to complete the pattern. The surround was made with reclaimed Douglas fir. In the additional installation photos, you will note that the surround is installed on the wall as one enters the bedroom, and that the back of the door does not feature the surround. Pull rings with domed escutcheons are on either side of the door which operates with ball catch hardware.