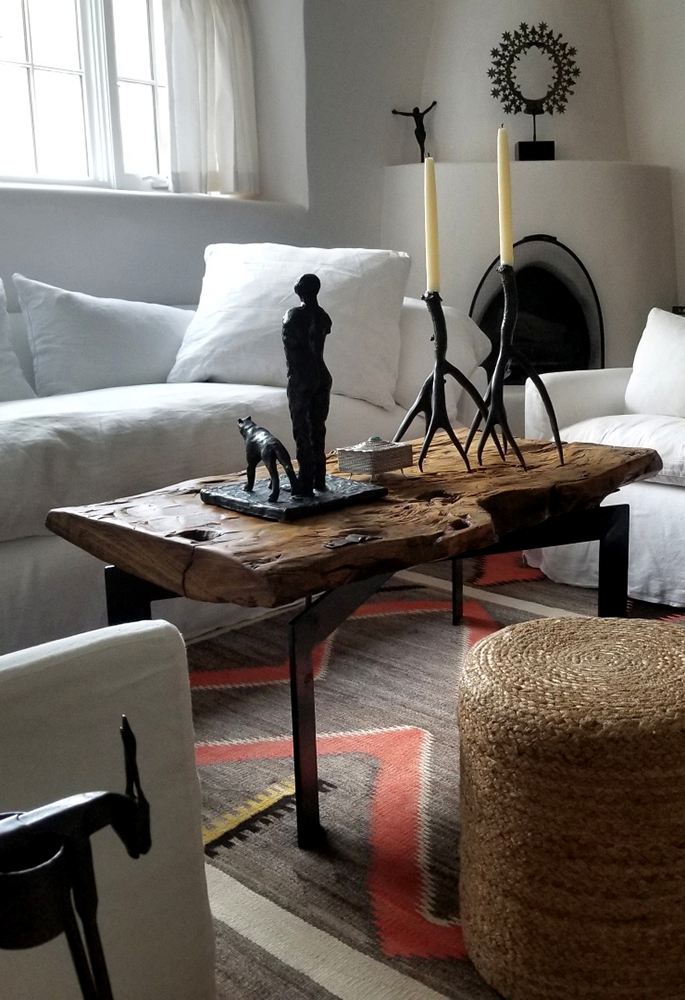 This rustic coffee table was made from an antique sabino slab door. Also known as Montezuma Cypress, sabino is the national tree of Mexico and is sacred to the native peoples of Mexico. Though not as hard, sabino is sometimes compared to mesquite.

The primitive door was roughly hewn with an axe from a single piece of wood, with knobs on either end that were inserted in the framing to act as hinges. It had a hole, through which, for a handle, was probably threaded raw hide or something soft, as there isn’t wear from a chain. It has a piece of metal nailed to it – most likely a later addition cut from a can. The additional photos show the door in the yard and the texture of the aged wood.

The door was trimmed down to 46 inches (about 3/4 of the original length), keeping a nub of the knob on one end, as well as the hole and metal attachment. Doing our best to retain the character of the door, it was sanded and given a warm, hand-rubbed wax finish. An iron base was custom made with simple lines so as not to compete with the table top.

The additional photos show the door in the yard, the table top after being sanded and waxed (top and bottom), as well as installation photos.