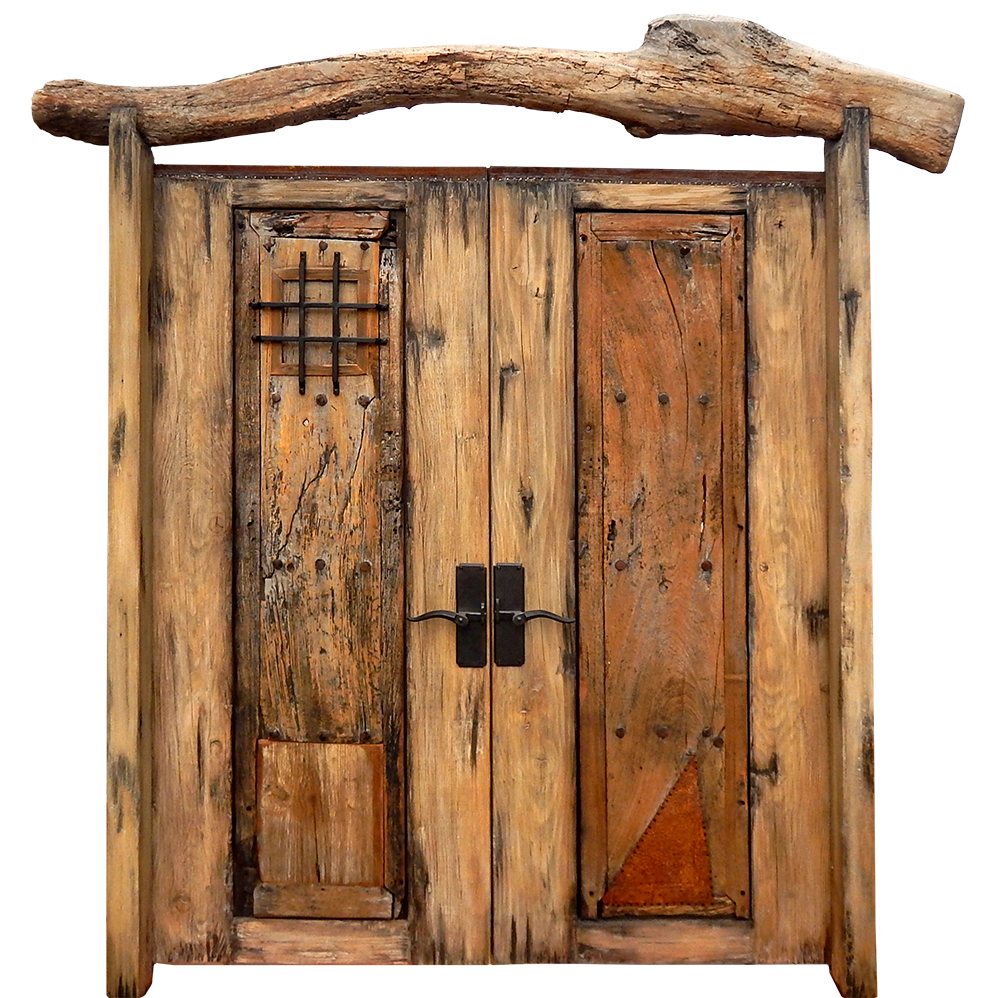 Santa Fe is known as The City Different, but it could just as easily be called The City Rustic. Some of the priciest homes are on dirt roads and in Santa Fe a dust covered vehicle is no reason to rush off to the car wash.

We still make buildings with adobe bricks or rammed earth, four of the acequias (irrigation ditches), including the Acequia Madre, or Mother Ditch from the the time of the city founding in 1610, remain in use and outside of town it is possible to see wagon ruts from the trade route of the Santa Fe Trail. Santa Fe is the oldest capital city in the United States and it is that history that contributes to the rustic sensibility seen throughout the city.

Many of the aforementioned homes on dirt roads are surrounded by adobe walls featuring a gate made with old doors. The rustic look is charming but functionality can suffer over the years. At La Puerta Originals, we custom craft even the most rustic of gates with a functionality that is thoroughly modern.

For the gate shown here we used a pair of antique Mexican doors that had quite a history. They had been repaired multiple times and though mesquite, a heavy, hard wood, they were frankly a bit fragile. The antique doors were set into a thick frame of salvaged lumber that fortified and preserved the patina and the repairs, as well as the original hardware – the flat head iron clavos and key plate. The gate is topped with a header made with an antique tree limb beam.

The modern touches to the gate were seamlessly incorporated – a grilled peep door with pigtail latch was added to the left side of the gate, a cast bronze entry set added handles to each side, head and foot bolts secure the gate, and the gate is topped with salvaged tin that has been hammered flat and quilted with tiny nails. The result is a gate that looks original to the historic property while offering security and functionality to last another hundred years.

Explore more of our gates in our website gallery, or contact us to see how we can build an original for you!